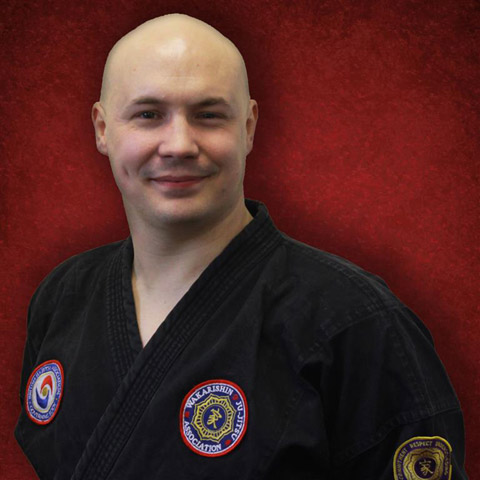 My parents were friends with the Sensei at the time who suggested I give it a go.

Not really, before Ju Jitsu I wouldn't say I was very sporty.

Because I was young I wasn't at all daunted. I just wanted to get on the mat and give it a go. A feeling I still get today!

I think everyone who steps on the mat and really enjoys it wants that Black Belt from day one. Its very addictive.

Very, but that's what gives such a feeling of pride when you wear it.

What does a "black belt" mean to you?

To me it is a symbol of the work and dedication that person has put into attaining it.

Yes. I think practicing Ju Jitsu under pressure is an important part of training, plus the adrenaline buzz is great!!

Only positive. It has given me great self confidence. Not just being able to look after myself but in meeting new people and making new friends.

The thing that sets Ju Jitsu apart from a lot of other martial arts is its diversity, we train in everything from basic punches to ground fighting and of course the throws and locks that Ju Jitsu is known for.

I try to train twice a week, plus when I can, I help to teach the juniors.

Just give it a try. Every person on the mat has been in exactly the same position (Including the Sensei!) Everyone will be keen to welcome you and give you as much help as possible.